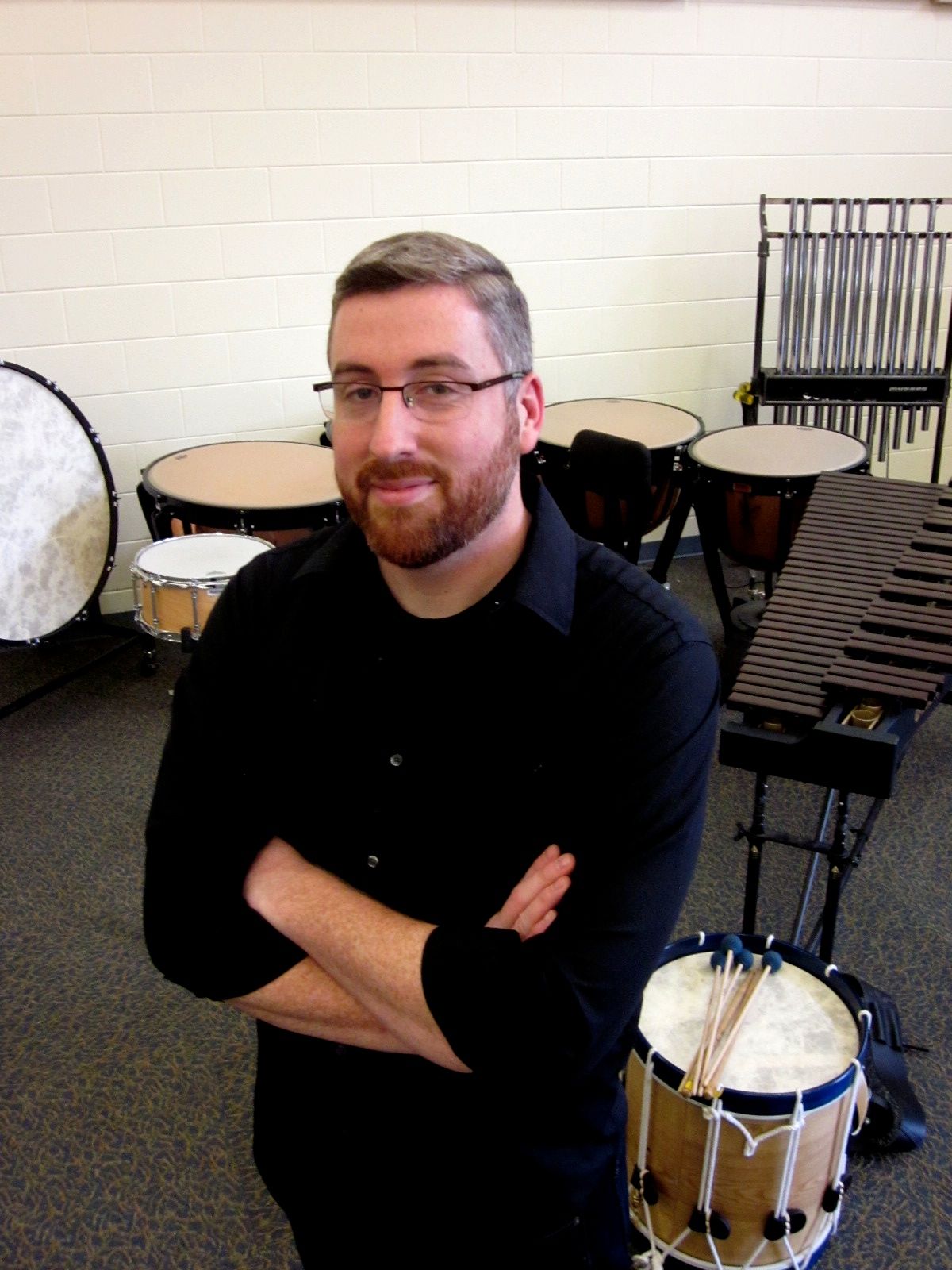 Percussionist and Composer, Wes Robertson, has been a part of the Faculty of the Music Department at Roanoke College since the Fall of 2016.  Wes brings with him over a decades worth of performance experience, having performed a wide array of musical styles and venues.  He currently performs percussion for the Roanoke based groups Brass 5 and Island Music Trio as well as a freelance percussionist for regional theatre and orchestral performances.  Wes is also a musician in the United States Air Force, serving with the Air National Guard Band of the South.  Prior to moving to Roanoke, Wes spent five years as the Band Director at Hargrave Military Academy in Chatham, Virginia.  In addition to performing, Wes is also an accomplished composer of percussion music having his music published through C-Alan Publications.

Wes holds a Bachelor of Music and Master of Music in Percussion Performance from the University of North Carolina at Greensboro.  In addition to teaching at Roanoke College, he is the Education Program Manager for Star City Music in Salem, VA.  He resides in Roanoke, VA with his wife, Annie, his son Neil, and their golden retriever, Ruby. <!--EndFragment-->