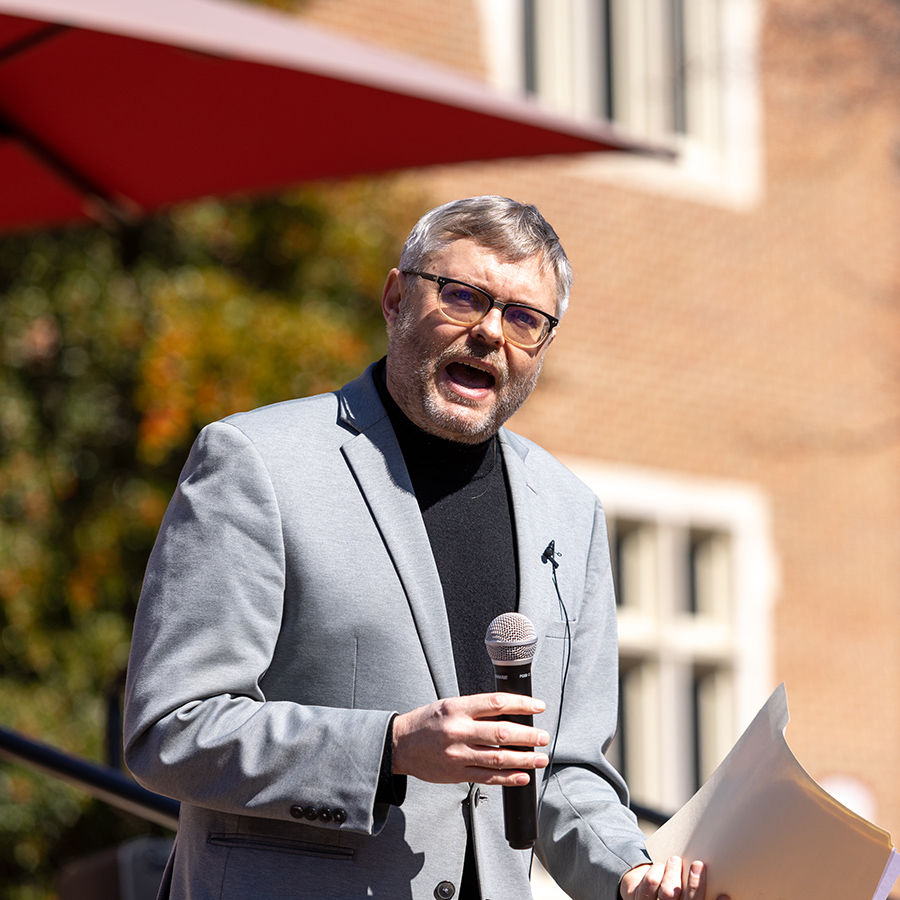 Rob Willingham is originally from Texas, and attended college in Colorado and graduate school in Indiana before returning to Austin, Texas for doctoral study.
His scholarship is on the history of German Jews, with an emphasis on the postwar lives of Jews in East Germany. He joined the History department at Roanoke in 2004, and has been nominated for the exemplary teaching award multiple times, winning in 2009. He has taught classes on modern Europe, the Holocaust, the Middle East, and the politics of memorialization. He has led students on trips to Europe several times, including a semester-long program in Wittenberg, Germany.
Dr. Willingham is married to Nancy Logan and is the father of Molly and Sydney.

the Holocaust, the Middle East, Russian and German history and politics

the Holocaust, the Middle East, Russian and German history and politics